Situated in the foothills of the Outeniqua mountain range and nestled between the indigenous forest belt, rich farmlands, pine plantations, fynbos and a rugged coastline lies the “Eden” stretch of Garden Route. Known for its natural beauty and adventure activities, this undiscovered landscape simply lends itself to the avid cyclist, whether you are professional, a keen rider, an explorer or just a nature lover who enjoys the outdoors, there is definitely a ride for you to enjoy.

Cycling has been synonymous with Knysna since the bicycle became known to South Africa and you will hear many a story being told of business owners, foresters and farmers who used their bicycles as daily transport.

With the introduction of the first mountain bikes, more riders moved to the isolation of the forest, plantations and gravel roads to explore and enjoy the sport as a challenge and you often find them in small groups heading for the outskirts of town. Between Sedgefield and Knysna there are a few dedicated cycling shops that offer a friendly ‘ride with a local’ initiative. Social groups ride out at different times of the week; for the traveller who packs his bicycle on road trips, this could mean a dream cycling holiday. 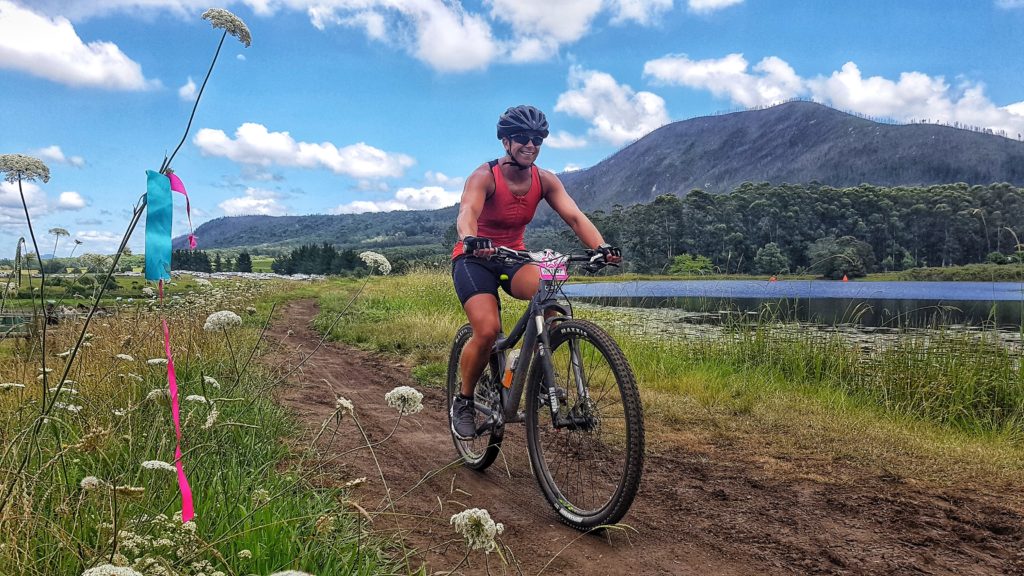 The area offers trails and a huge variety of stops such as viewpoints, places of interest and local eateries where you can grab a cup of coffee, a bite to eat and fill a water bottle before heading for the hills.

This mountain-bike trail is a notoriously exhilarating downhill ride through the Knysna forest. It crosses a few streams and is probably one of the most scenic rides. The one-way ride starts at the Diepwalle Forest Station and works its way back to the Garden of Eden on the N2 between Knysna and Plettenberg Bay. The trail can be ridden in either direction, but it’s uphill most of the way. For the more relaxed rider, there’s a great swimming hole near the low water bridge, Kleineiland.

This trail is situated in the Harkerville Forest between Knysna and Plettenberg Bay. Known as the longest and hardest of the four routes offered, it is said to be one of the most picturesque in the country and the oldest established ride in the area. It takes you through deep indigenous forest and fynbos with incredible coastal views along the way; 22km in length with more than 10km of singletrack. It’s definitely a ride to remember and has begun to recover beautifully from the devastating fires that ravaged the area in 2017.

PERMITS: Available from Thesen Island office, in Knysna, or Garden of Eden

DIRECTIONS TO GARDEN OF EDEN

From Knysna, drive out towards Plettenberg Bay, keep an eye out for the Garden of Eden parking on your left.

Harkerville boasts four trails and offers every level of cyclist a ride to remember. Eden District, along with part of the Bitou District, boasts numerous indigenous forest single track and jeep track in the national parks, added to the newly developed plantation gravel and single track trails such as the Cape Pine Forest in Kruisfontein and Buffelsnek and Cairnbrogie Dairy Farm, which were introduced by Club 100 in the last two years and form part of the Trail Pass initiative. Since then, the Concordia Contour near the Gouna District of Knysna was introduced and the potential for more previously unexplored routes are in the pipeline (permits are available at various cycling shops in the area and cost R240 per person per annum).

Ride with @fnbforesthike and Pedal the breathtaking trails of Harkerville Forest on Tuesday 25 June at the all new Mountain Bike Meander. 14km and 24km routes make it the ideal event for the whole family, with separate starts for the racers and the cruisers. Get your entries at the link in our bio! . . . #MTB #MountainBiking #Adventure #Travel #Knysna #Forest #Trails #Explore #Cycling #Bike – #regrann

The Garden Route region is scattered with gravel roads and makes up almost 80% of the travelling here. For the cyclist who wants to wander off on his bike but not necessarily leave the road, this is paradise. We will start with Thomas Bain’s Seven Passes road. The road has tarred sections but is predominantly gravel.

Start your ride in Knysna and head towards Phantom Pass, the last of the passes to have been built in the early 1900s. This climb will take through you to the Rheenendal Road T-junction. Take a right and cycle along the rich farmlands towards Homtini Pass. This takes you back onto the gravel and drops down to the last built bridge along this road. It is surrounded by natural forest and is probably the most scenic part of the 7 passes road. Once you cross the bridge, it climbs back to the rolling hills of the countryside. Ride towards Barrington and the Garden Route Trail Park for your turnaround point.

For the more adventurous, continue along this road. It will cross over two more bridge passes: Karatara and Hoogekraal and take you towards the hamlet of Hoekwil. This is recommended as a one-way ride for the day. This route covers ±75km of road from Knysna to Barrington and an extra 35km to Hoekwil.

Simola Hill’s top parking point ‒ just outside the gates to the hotel ‒ is closer to Knysna and is a regular meeting point for much of the local cycling community, offering access to gravel riding and mountain biking trails that stretch forever. You can head off to the Gouna section. It winds down to the Knysna River and then a steep climb to the forest which links up with the famous Kom se Pad in the SANParks reserve. You follow the road to the R339 and work your way back along the gravel road. The road then turns off to the right and follows the contour of the forestry portion until it meets up at the Simola park point. This is a highly recommended ride. 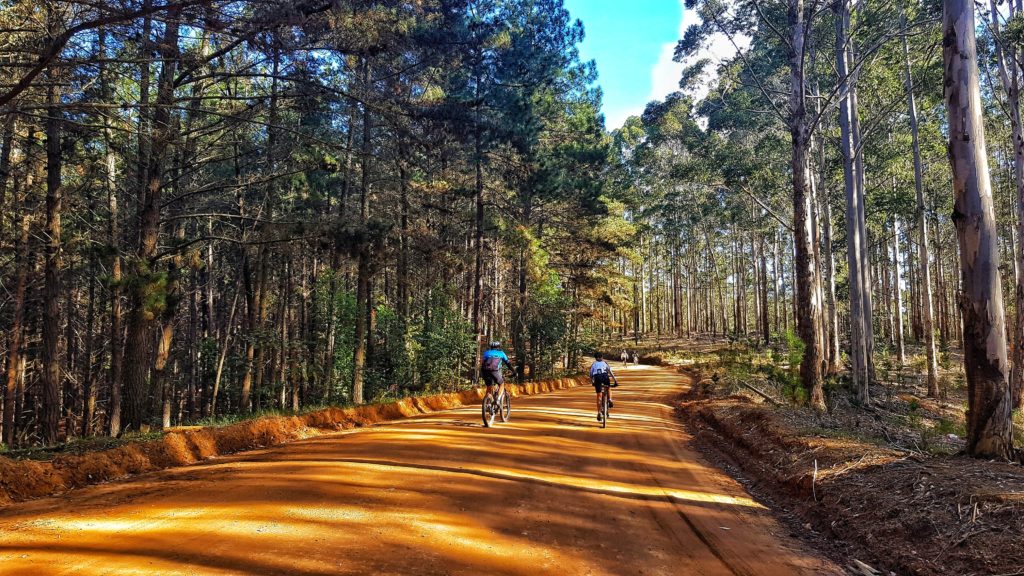 Both form part of the Cross-Cape Cycle Route which starts in Cape Town and ends in Plettenberg Bay.

For more information on the Cross Cape, click along to www.capecycleroutes.co.za.

For the avid cyclist who wishes to explore the back roads of the region, collect your Trail Pass map and buy your annual seasonal permit at the nearest cycle shop. This Club 100 initiative charts the gravel roads between Uniondale, Plettenberg Bay and Knysna. Most of the trails are within the MTO forest and cross over to SANParks reserves. With the huge variety of gravel to choose from, you will be spoilt for choice.

These back roads are pretty isolated and preparation is a must. Make sure you have ample water and snacks to eat.

On the fun side, cyclists are social and there is a definite coffee culture among them. Most of the bike shops have a coffee machine and the staff are ready and waiting to serve you.